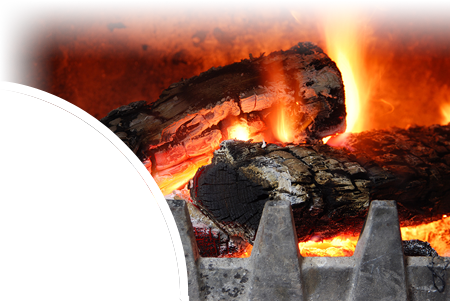 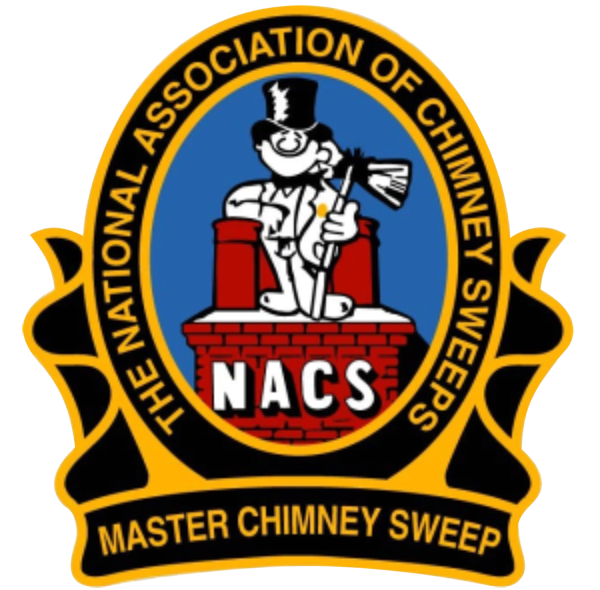 This is used to check that a chimney is sound and has integrity. It is important to do this if you are not using a liner. Even when fitting a liner you may prefer to do this test if you are planning to pour vermiculite (insulation) around your liner in case the insulation escapes through damage in the chimney. 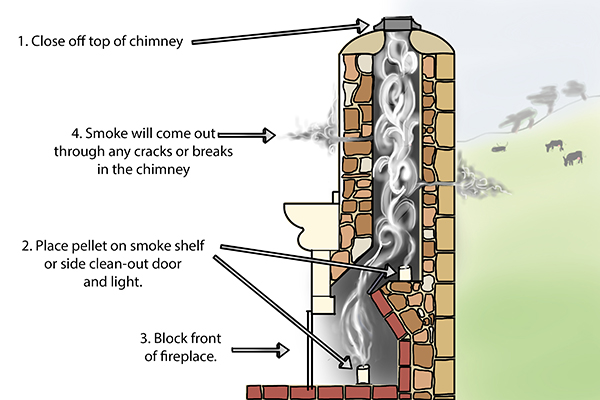 The test is often done in older buildings to check smoke does not escape into the building.

We use two people when carrying out a Smoke Test 1. The test involves sealing off the fireplace (I usually use boarding with a sealable access point to place the smoke pellets).

The flue is first warmed with a blow torch to start the draw. A large amount of smoke is added to the flue using between 1 to 3 smoke pellets. When the smoke is seen to be leaving the pot by the second person on the roof the pot is sealed. The smoke will be trapped for a minimum of five minuets. During this time we will check the inside of the house, the stack and roof space. Also the same can be done for next door if required (to check if the mid feathers are intact in a terrace or semi-detached).

Once the test is finished, the seal on the pot is removed to check if the smoke has been trapped in the chimney.

If smoke does escape from the chimney, repairs will need to be made
if the chimney is not being lined.

You will be provided with a written report outlining the results and actions if needed.

It is used to check the draw of the chimney and to make sure there is no smoke spillage into the room.

Sometimes further ventilation into the room is required to increase the draw.

Smoke should only be seen coming out of one pot. Smoke coming out of two or more pots or out the stack is a fail and investigation and repairs will be needed.

Smoke Test 2 is free with every sweep.